The Prosecutor/District Attorney who offers a plea deal to the accused or chooses not to prosecute in spite of the hard work of law enforcement is a Silent Rapist.

The Judge who gives ultralight sentencing in spite of a guilty verdict and lack of remorse by the offender is a Silent Rapist.

The Defense Attorney who re-victimizes The Survivor in the courtroom and in the media is a Silent Rapist.

The Media who publish every single negative personal fact, indicting The Survivor in the public eye, are Silent Rapists.

The partner who turns a blind eye to the behavior of their paramour, knowing deep down of their extra-relationship activities, is a Silent Rapist.

The Frat Brothers who allow sexual assault in their fraternities and do nothing to either prevent them, report them, or come forward to assist The Survivor are Silent Rapists.

The University Officials who discourage The Survivor from reporting a sexual assault and/or fail to assist them simply because it will reflect poorly on the University are Silent Rapists.

The Law Enforcement Officials who are disinclined to believe and/or assist The Survivor when s/he has engaged in a high-risk activity or profession, is a minority/immigrant, or has been in a relationship with the perpetrator are Silent Rapists.

The Team Athletes & Coaches who fail to prevent, report, or assist The Survivor of a sexual assault by one of their team members is a Silent Rapist.

Anyone, who judges The Survivor as deserving of sexual assault due to appearance, gender, alcohol/drug intake, prior sexual history or because their body reacted as it was biologically designed is a Silent Rapist.

Anyone who believes that boys will be boys and they may objectify women, thereby excusing their behavior, is a Silent Rapist.

No one deserves to be raped. No one. No man. No woman. No child. When consent is refused or unable to be given due to intoxication, unconsciousness, or being under the age of consent then any sexual contact is sexual assault. When others allow sexual assault to occur and/or go unpunished by apathy and attitude they become a partner to the crime: The Silent Rapist. 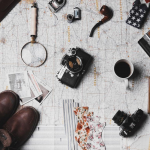